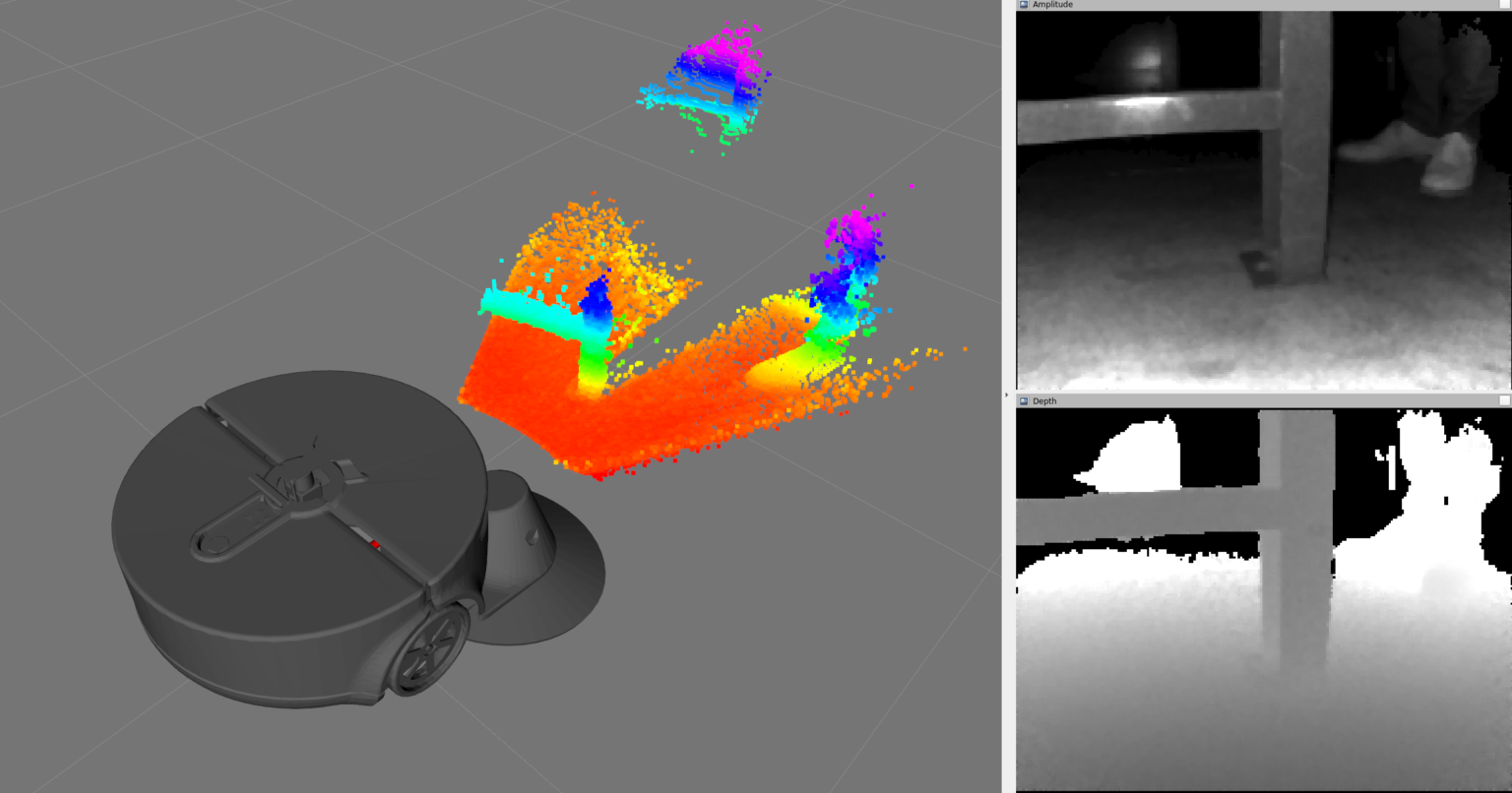 The way our 3D sensor works is significantly different from conventional cameras. It centers on conveying spatial impressions to the user. The sensor collects information on the shape and position of all light-reflecting surfaces in the environment, and enables the K900 to detect obstacles.

How a 3D sensor works

A 3D sensor measures the distance between the device and the nearest surface, point by point, using the time-of-flight (ToF) principle. This method uses the known speed of light in a medium, e.g. air, to measure the distance to the surface point of the object in question. To do so, the 3D sensor uses infrared light, which is invisible to the human eye. Reflective behavior is the decisive factor here. Time-of-flight is suitable for one-dimensional distance measurement as well as for obtaining 3D contours. The sensor illuminates the site with either an integrated or external light source and calculates the relative distance based on the light reflected from the surface. If the device projects light itself, this is referred to as an active ToF system. A passive system is one in which the sensor relies on an external light source. The 3D sensor produces a grayscale image that indicates how far away an object is; the lighter the gray value, the farther away the object.

The K900 features an active 3D sensor. Infrared light is emitted from the device to measure the distance to the nearest object in the room based on travel time and surface characteristics. The active sensor can also be used in the dark, which means that the K900 robot can also be used to clean at night.

The range of the sensor is approx. five meters. Within this distance, the light being emitted decreases in strength. Objects that are further away are not detected. The sensor supports the LiDAR, which is mounted at a height of 33 cm. The LiDAR serves as an orientation and obstacle detection system. The sensor additionally detects anything below these 33 cm and keeps the robot from driving into low objects. There is a significant cost difference in using a combined LiDAR and 3D sensor system instead of one that relies on LiDAR technology alone. However, such a combination offers massive improvements in orientation and cleaning results.