Who is Software developer Justin Hehli 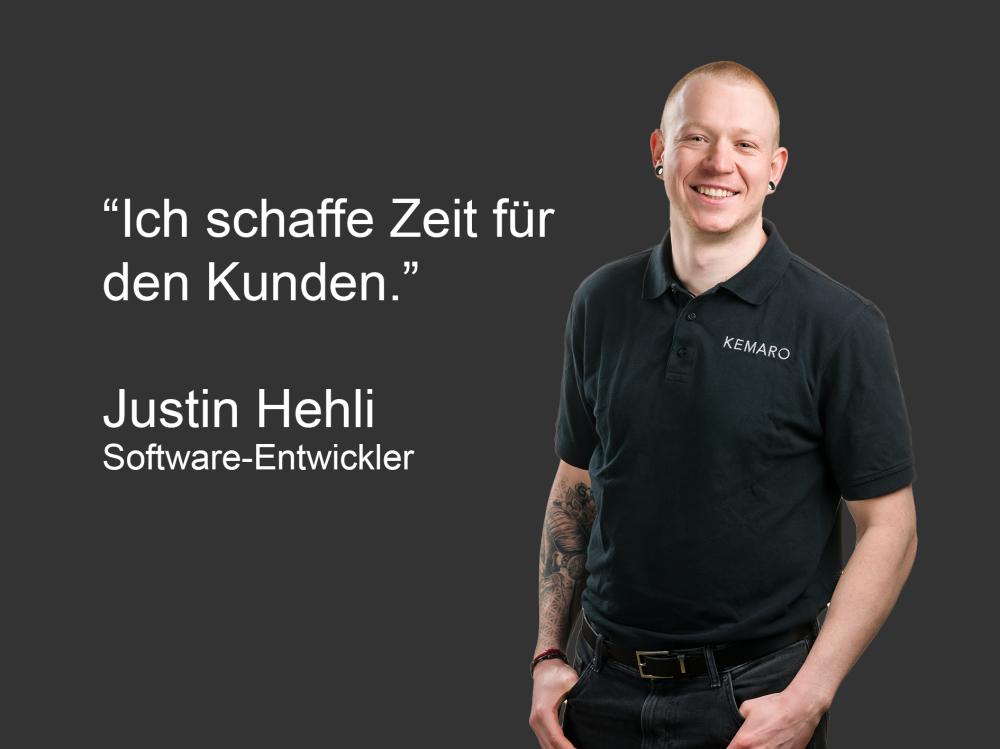 “It was so exhausting that I had to lie down before I even got off work.” Justin Hehli developed a machine learning model for agriculture as part of his bachelor’s degree in systems engineering at OST (formerly NTB). This model was intended to make predictions about the harvest of broccoli. To test its functionality, he went to a farm whose core business is vegetable production. In the blazing sun, the trained computer scientist stood in the field with harvest workers from Eastern Europe. Harvesting, cutting, placing on the conveyor belt: And for hours on end. Justin Hehli knew then that he wanted to create something in the future that would help people with tedious, monotonous work. Despite playing sport weekly, the fitness enthusiast was not used to hard field work. He watched the other workers with the utmost respect as they started earlier in the morning and finished work much later after him. Drenched in sweat and with his back bent. “Swissness on the backs of sunburned harvest workers” flashed through his mind. This made him think.

Enter the field of robotics

For the past year, Justin has been working at KEMARO AG, where he also wants to make people’s jobs easier. “I create time for the customer,” says the software developer. He knows that with the help of the K900, users can devote themselves to more demanding, less tedious and value-added work, while the large areas are cleaned autonomously. At KEMARO AG, he likes the numerous freedoms, the short decision-making processes and the committed, young team. He is of the opinion that technical development will bring about changes to the working world. Of course, job loss and the corresponding fears are a serious issue, he says. But the fear that robotics will eliminate jobs has been the same for 50 years, he says. And they have never been proven right. Because one thing is often forgotten: The amount of work done by an employee has grown almost exponentially. And this work can only be done with technological progress: You don’t see carriages on the road anymore, you see cars.

Justin is reluctant to see himself as a generalist who knows a little bit about everything. The 26-year-old software developer would rather train to become a specialist through targeted, continued education courses. At KEMARO AG, Justin Hehli has already been able to gain a lot of practical experience with his hands-on mentality and is primarily responsible for programming the web application and communication between the robot and the cloud. The biggest challenge for him is presenting the complex technical settings in a way that can be understood universally and can be interacted with easily, regardless of the user’s level of training. In his free time, Justin would prefer to have nothing to do with computers. He is an avid sportsman, likes to go camping with his girlfriend in the summer and snowboards whenever possible in the winter. In the future, Justin would like to work abroad for a longer period of time and actively shape the future of robotics.