At the Forefront of Robotics 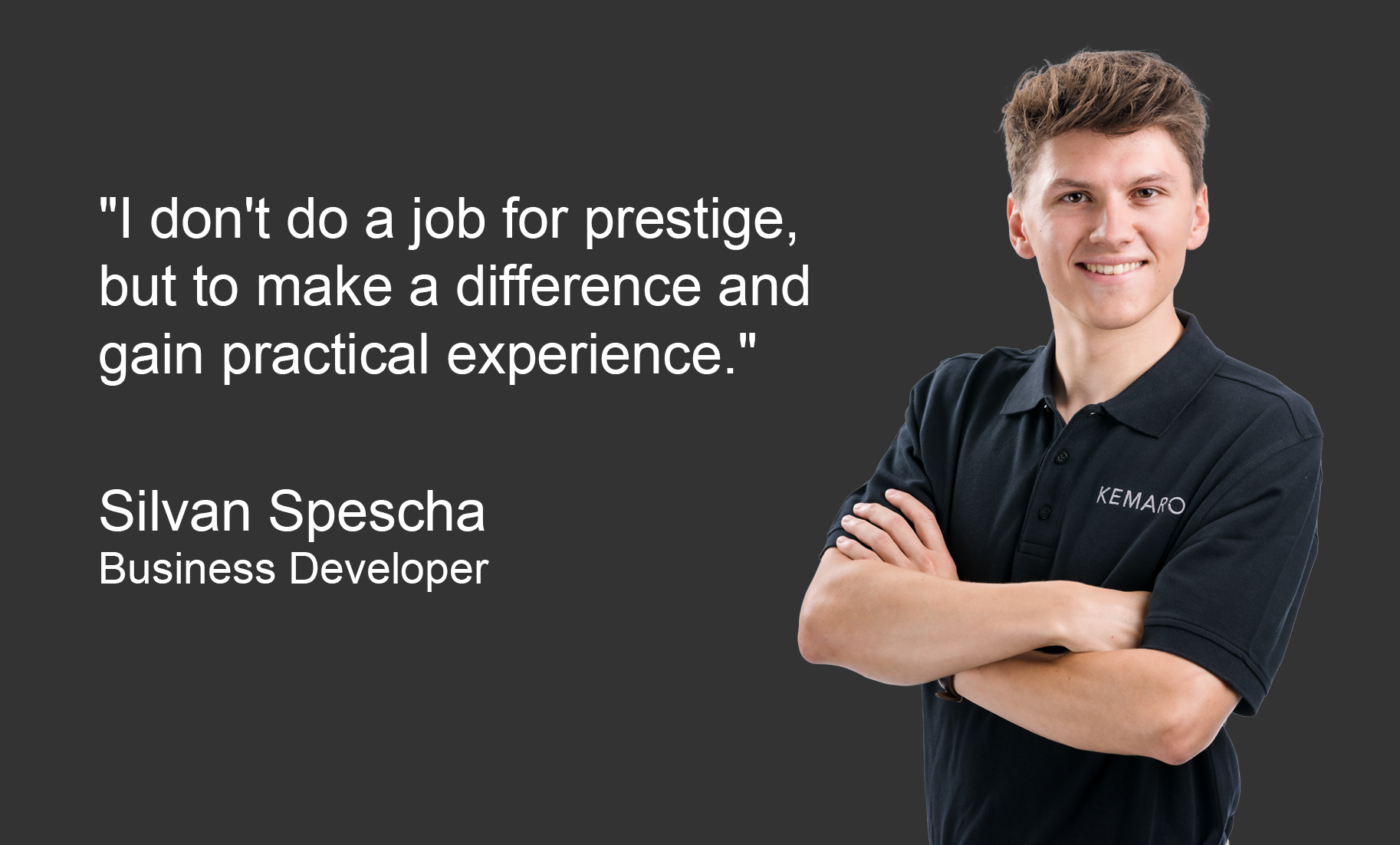 Connection thanks to a Practical Project

The now 24-year-old then moved to Zurich to work for a consulting firm – not at all his desired field, as he soon realized. And so, after a conversation with KEMARO co-founder Martin Gadient, whom he had met during a previous practical project, he began an internship at the Eschlikon-based robotics company. “The fact that I delayed my semester abroad and didn’t immediately pursue my Master’s degree was fortuitous in retrospect – because I would not have had the opportunity at KEMARO AG.” At the beginning, the start-up environment was a bit of a culture shock: “In the consulting environment I encountered designer chairs and glass walls, but at KEMARO AG we held our meetings on wooden benches at the time.” A minor detail – because the team, the numerous freedoms and the innovative product continue to convince him today. “Thanks to the many freedoms, I am able to achieve and truly develop the business.” He evaluated new tools early on and contacted potential investors. His open, interested manner won them over and he eventually secured a permanent position with the Swiss robotics specialists.

Potential for the Future

Parallel to his work, Silvan Spescha is pursuing a Master’s degree in Business Innovation at the HSG. Silvan no longer likes to hear the stereotypes associated with HSG students. “I don’t do a job for prestige, but to make a difference and gain practical experience.” Thanks to his job at KEMARO AG, he is close to the business world, with both feet on the ground. He aspires to actively influence and shape the robotics company. To this end, he has acquired knowledge about the industry, social transformation, and various business models of robotics companies. “I have great plans for KEMARO AG.”